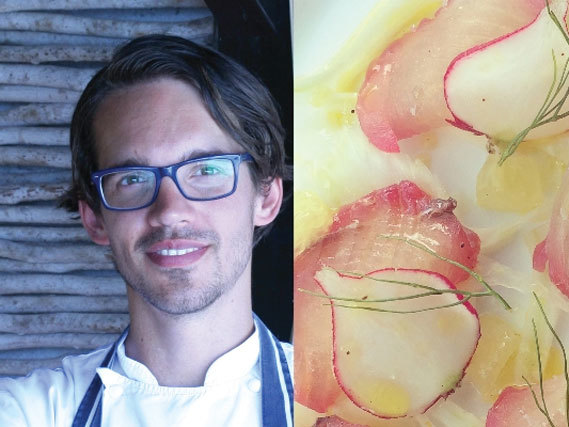 He has previously worked at the 2-Michelin starred Gidleigh Park Hotel and with Philip Howard at The Square.  He was also Head Chef at The Chancery in London and Private Chef for Richard Branson at Necker Island.

It is reported that Simon will enhance Sheer Rocks philosophy that emphasises simplicity and detail working with fresh local ingredients from fishermen and farmers on island.